Domain names, those little addresses you type in your browser to get to a site are one of the backbones of the web. They are the online version of real estate and if a name is attached to a valuable brand or the word itself is sought after, they can be worth millions of dollars!
Did you know in 2010 insurance firm Quinstreet bought Insurance.com for $35.6 million?
Webmasters will know the importance of choosing the right domain name, with descriptive terms (like ‘Insurance’) aiding search engine optimization and short words tending to be good for branding a business (just look at ‘Twitter’). 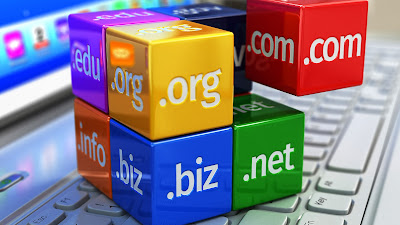 A new facts sheet from WebmasterJury.com looks at 101 important domain name facts, but here’s 10 we didn’t even know about …
1- They Were Born In The 80s
When we think of the web most of us think of the 90s, but the Domain Name System (DNS) was actually invented as far back as 1983, by Paul Mockapetris. The very first domain name to go live was Symbolics.com and you can still visit the website today.
Despite having hundreds of thousands of curious visitors every year, the site does not sell advertising.
2- It’s Way More Than Just Dot Com
Ok, most us know that there are more TLDs to choose from than just dot com (.com), but did you know the total number surpasses 1,500?


A lot of these are ‘country code,’ such as .co.uk for the United Kingdom or .dk for Denmark.
3- The Number of Registered Domains Has Decreased
2017 saw the number of domain names registered decrease, from 196.51 million in 2016 to 195.43 million. Prior to that, new registrations were rising annually.


Some theorize that the drop has been down to price increases and a saturation of the market.
4- The Chinese Are Buying
Although they obviously have a huge population, the Chinese .cn ccTLD was the most registered ccTLD in the last quarter of 2016.


21.1 million new domains were registered, followed by Tokelau’s .tk (18.2 million) and Germany’s .de (16.1) million. The United States’ .US didn’t break the top 10.
5- Google Nearly Wasn’t Google
There’s no brand name more synonymous with the web than Google; in fact we can’t imagine a world without it. However according to legend Google.com was very nearly registered as Googol.com.


Can you imagine telling people to goo-gol something? We think they made the right choice.
6- Have a 2 Letter Idea? Too Late!
The shortest length for a domain name is 2 characters, but if you are raring to register CV.com or PI.co.uk, think again.


Every single possible 2 letter combination has already been registered, along with every single TLD. The same goes for almost every common dictioary word.
7- 4Some Domains Are Stupidly Expensive
Each country has a domain registry and they can choose to set the price of domain names. While most countries choose to hover around the typical market price of a typical .com, others take it to the extreme.


At one time Nigeria, for example, were charging a staggering $40,000 a year for .ng. This has since been lowered and is now closer to $100 – but still rather costly.
8- The Longest Generic TLD Is 18 Characters
The longest generic TLD (not representing a country) is 18 characters long - .northwesternmutual.


It is the branded TLD for The Northwestern Mutual Life Insurance Company, but hasn’t actually been put to use. The company hopes that this type of TLD will take off in the future.
9- The Most Expensive Domain Went For $90 Million
We opened talking about expensive domain names. The most expensive of all time (so far) is LasVegas.com, which was purchased by Vegas.com for $90 million in 2005!
10- Microsoft Forgot About Hotmail
If you can believe it, in 2003 Microsoft forgot to renew their Hotmail.co.uk domain and a member of the public snapped it up, though they eventually got it back.

ᐧ
Posted by OmarALshal at 1:53 PM No comments: 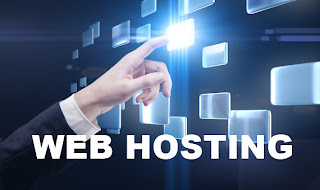 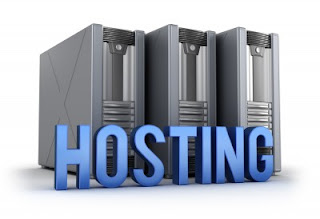